I found a very interesting dataset (update May 2016: it looks like this dataset has disappeared from data.gov... very fishy!) showing the number of hospital installs each major EMR/EHR has since 2011. I put the data into a simple chart: 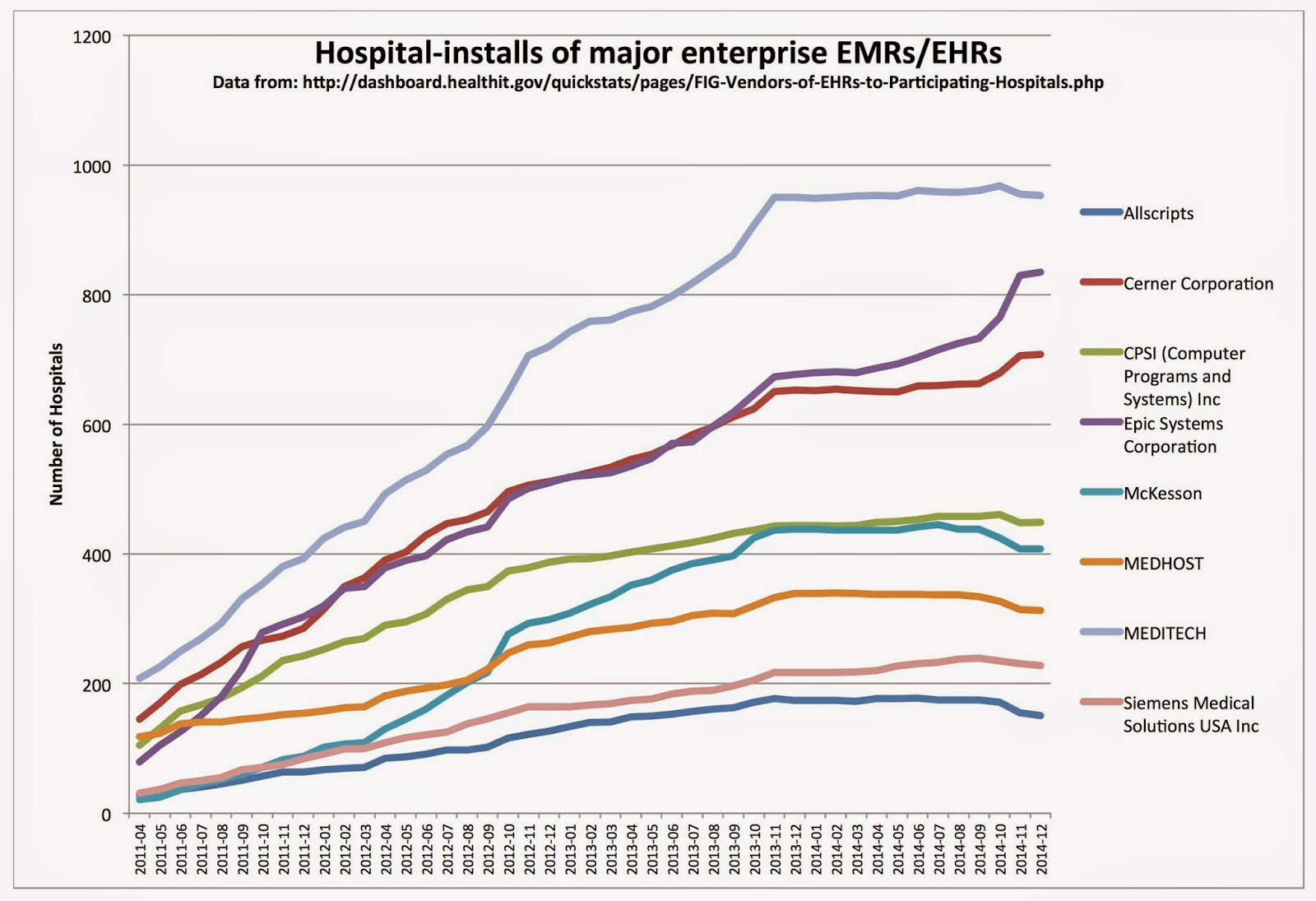 It is interesting that in the last 12 months almost all of the EHRs' growth has plateaued except for Epic and Cerner: 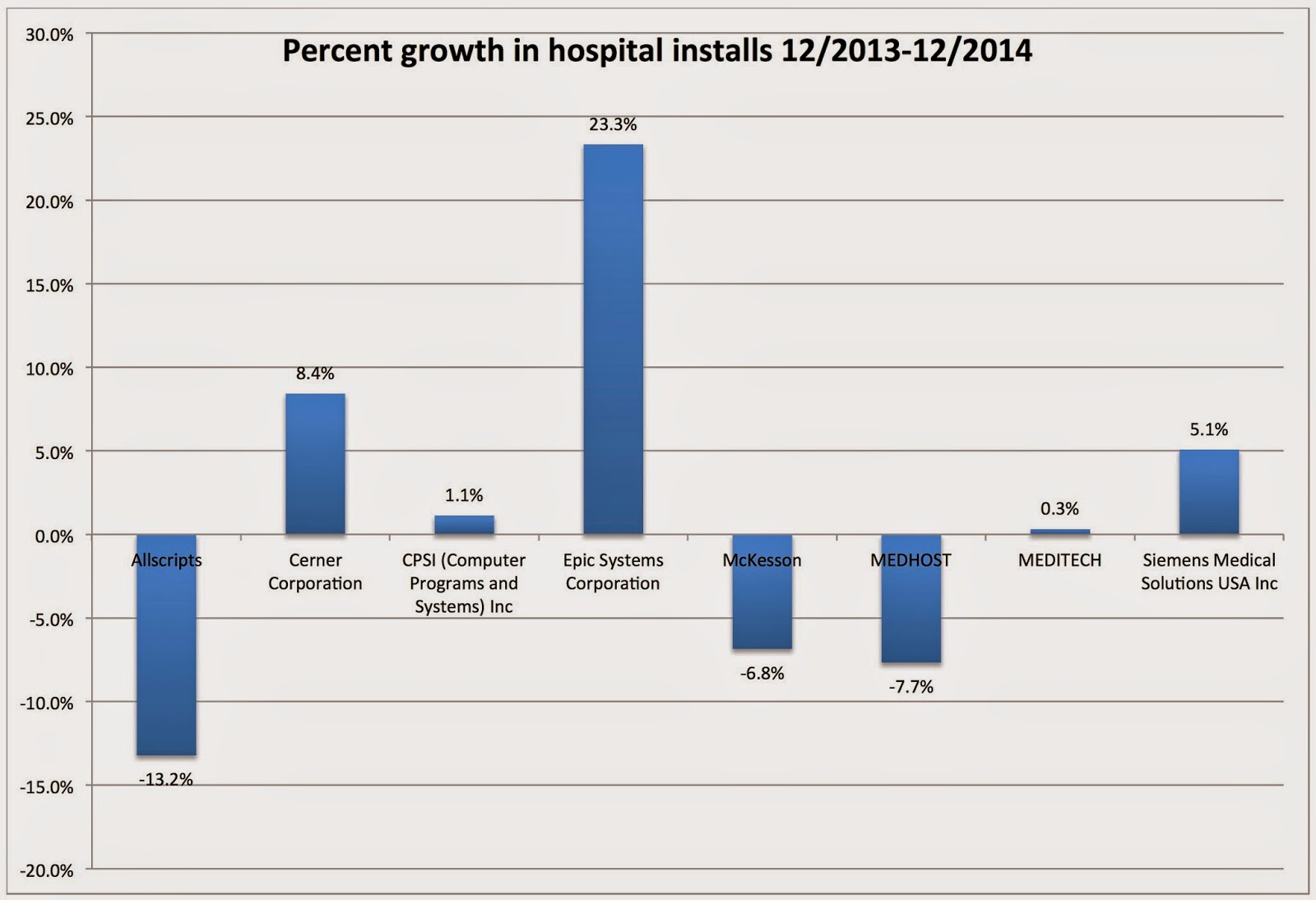 But to see what is REALLY going on, take a look at another angle on the same data. Of the 135 additional hospital installs of EHRs (going to the top 6 vendors) in 2014 , EPIC got a whopping 68% of new hospital installs, according to the same public data set: 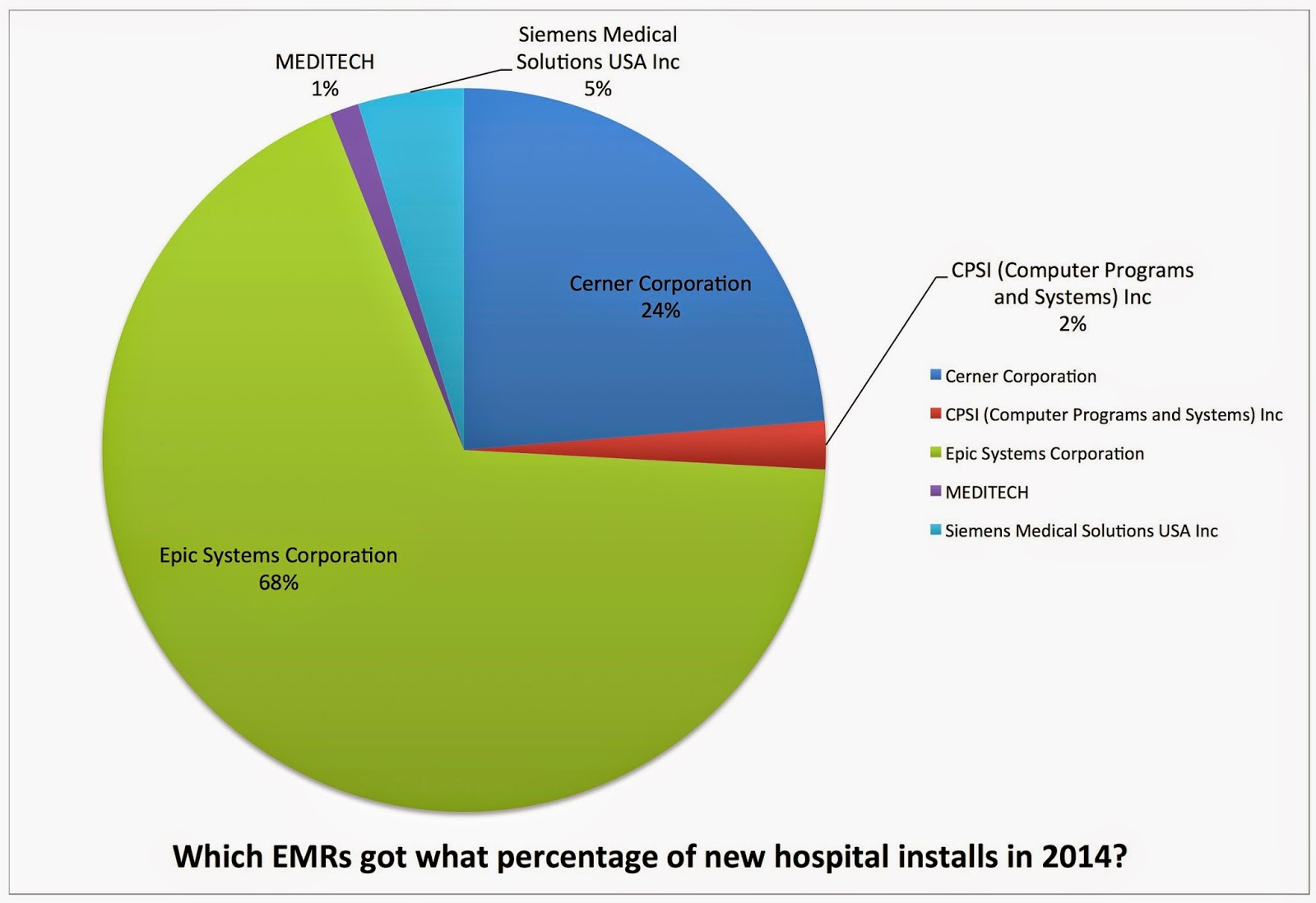 Given the many articles on user interface and integration problems with EPIC, this is a scary trend:
1. Why do users dislike Epic so much.
2. Stockholm syndrome and Epic’s takeover of medical records
3. Why EMR companies don't care about usability
4. Bad EMRs
5. “On a really good day, you might call the system mediocre, but most of the time it’s lousy,” said Michael Callaham, M.D., Chairman of the UCSFMD Emergency Department
6. Epic refuses to show its screenshots!

We need a venture capitalist to come in and fund the risk of a lifetime: build a next-generation EMR to take on these dinosaurs that don't care about usability.

I'm excited to announce that I've launched Hugster, which is an online service that makes it easy to design, order and mail video p... 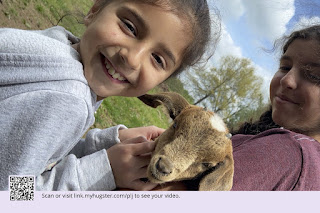 Emergency Medicine and Telemedicine Physician.
Technologist and Data Lover.
Posts are my own and do not represent anybody else's views.
LinkedIn @amohseni